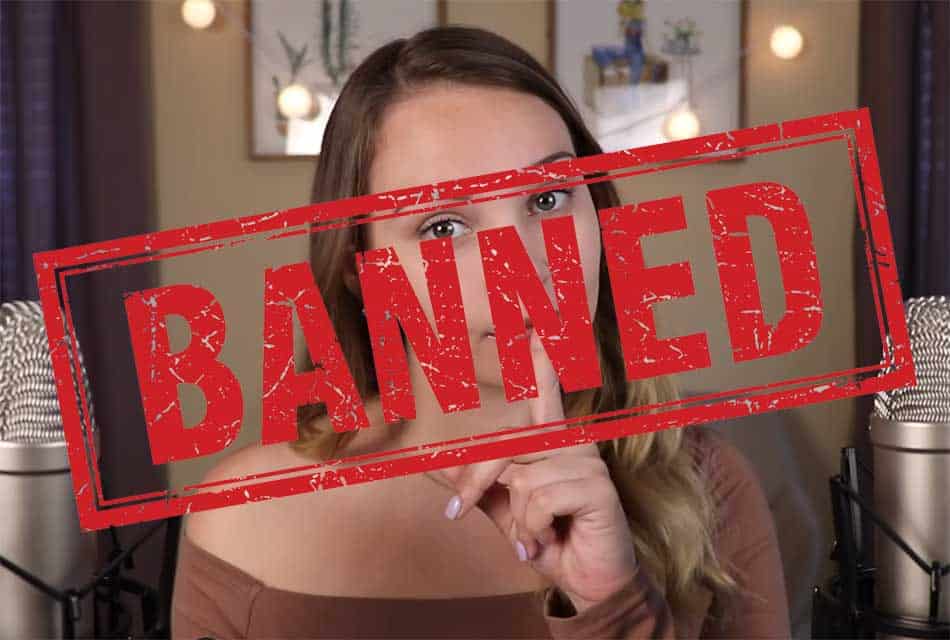 In 2018 the Chinese government deemed any and all ASMR-related content as vulgar and pornographic resulting in China’s very own Anti-Porn Taskforce giving the order to all Chinese streaming platforms to remove every single ASMR video uploaded to their servers. That very sentence has a lot to unpack: first of all, yes. China has an Anti-Porn Taskforce; second of all, it was used to target ASMR videos. For some odd reason, Chinese bureaucrats didn’t realize ASMR was used to sleep and relax but instead saw it as some conspiracy for adult-content distribution.

Is the Chinese government right? Is ASMR vulgar and pornographic?

No, absolutely not. The well-known 2015 Swansea University study tells us ASMR is used mostly for sleeping and relaxation purposes. Over 85% of people who use ASMR do so to fall asleep. Unfortunately, the study has also found out 5% of people use it for sexual-related purposes.

Even though a meager 5% of people are using ASMR content for sexual-related purposes, this does not mean ASMR is either inherently sexual or that a vast majority of ASMR content creators dwell in such a thing. In fact, you are going to have a hard time trying to find non-safe for work videos out of millions of ASMR uploads.

That is not to say you can deny NSFW ASMR content exists. Sadly, everything that touches the internet can end up that way, and ASMR was no exception. But ASMR is not inherently sexual nor it should be associated with any other thing but therapeutic purposes like helping people sleep – something it’s been doing for years.

Is there any other reason why ASMR is banned in China?

There could be other reasons why the Chinese government acted drastically against ASMR videos. There is no evidence to back up the claim, but many believe China banned ASMR for ideological reasons – ASMR is mostly a Western-born phenomenon and it might conflict with Chinese ideals because of that.

China banning ASMR because of ideological reasons would be as crazy as to deem all ASMR-related content as pornographic. Either way, millions of people are robbed of their tingles because of rather silly reasons.

As of now, the official reason is the one given by the Anti-Porn taskforce.

How did the Chinese government ban ASMR? Does it affect anyone outside of China?

Now, you might be thinking about YouTube, Facebook, Instagram, etc – companies outside of China. Well, China has banned all of them as well. In China, there are no western social media apps or websites. What they do have is their own spin-off. Instead of YouTube, you have Youku. Instead of Facebook, you have The Renren Network. That way, the Chinese government has a tight grip on all content uploaded to social media.

If you are outside China, you are probably not using their social media websites – you have nothing to worry about.

Are there no more Chinese ASMRtists?

There are plenty of Chinese ASMRtists constantly uploading content, whether China has banned their ASMR videos or not! You will find them on YouTube. Some of them record their content in China and upload it sometime after when they are outside their country. Others live outside of China.

If you are looking for Chinese ASMRtists to watch, here are a couple of them to get started:

How can you watch ASMR videos in China?

If you are in China and wish to watch an ASMR video, it’s best not to risk it with VPNs or tricky keyword searches. But you’re not completely out of luck. There are plenty of unintentional videos for you to watch that shouldn’t be considered ASMR videos by Chinese standards.

If you are unfamiliar with unintentional videos, you are about to enter a world of tingles! There are plenty of people who have YouTube channels dedicated to unintentional ASMR videos. Others simply lucked out finding a video that was not uploaded with ASMR in mind but is now a must-stop for any ASMR enthusiast.

Unsure where to begin? Here are a couple of videos for you to watch:

Have other platforms banned ASMR?

Unfortunately, shortly after China banned ASMR videos, several companies acted similarly. YouTube started to demonetize a lot of ASMR-related content and PayPal went as far as to freeze several ASMRtists’ accounts with no explanation. Some of these decisions were reversed later on.

Most actions against ASMR content creators were taken throughout 2018, but some still echo today. PayPal stopped freezing accounts shortly after the incident, but YouTube keeps randomly demonetizing ASMR content – although this might have to do with YouTube ad practices themselves and not ASMR itself.