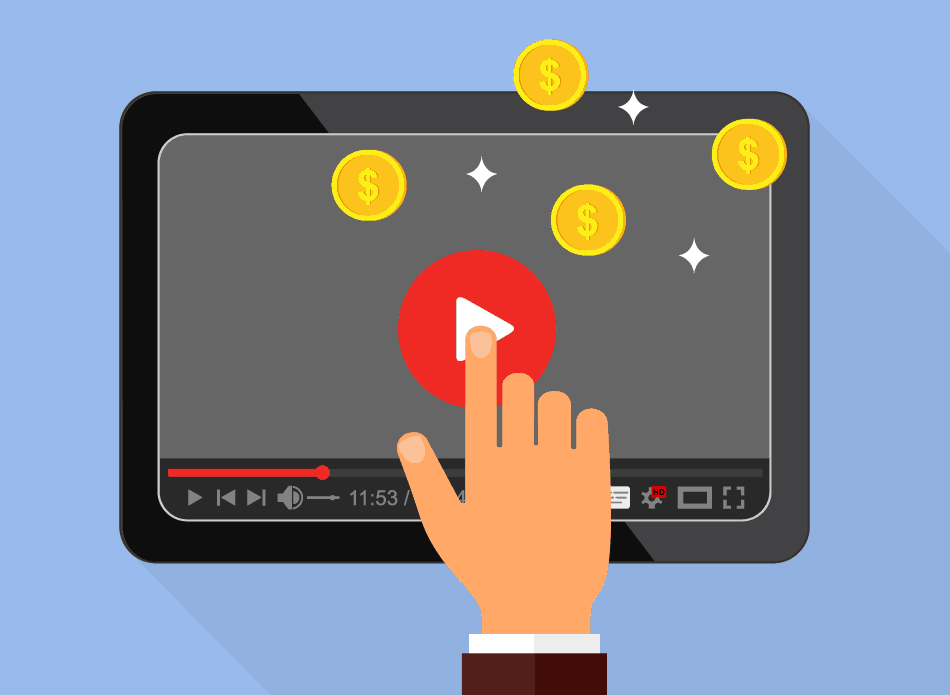 Unfortunately, several ASMR videos are demonetized. There are a couple of theories about why this is happening. Most likely, it’s a sum of all reasons: sexual content, faulty algorithms, political correctness, and trolling. If you are an AMSRtist, you probably feel like you are walking on eggshells.

Ever since the first “adpocalypse” that happened in 2016, YouTube has gotten stricter than ever when it comes to ad money and content creators. Amidst this perfect storm that lasts to this day, many ASMRtists have lost their main stream of income: YouTube ad money.

At first, several people blamed it on a small percentage of the ASMR community, content creators who walked a thin line between ASMR and adult content: 18+ roleplay videos, bikini try on videos, etc. This kind of content led to a crackdown on most ASMR-tagged videos, whether they were adult content or not.

But this wasn’t done manually: the YouTube algorithm took care of demonetizing videos, rightfully or not. The algorithm started working back in 2016 and it still takes down several content creators to this day – it’s constantly updated and nobody truly knows how it really works.

YouTube did all of this to promote more “politically correct” content. In an effort to provide a safer environment for companies and their ads, they demonetized anyone who seemed dangerous for them – whether they were or not – multiple ASMR videos included.

Trolls from all over the internet took advantage of this: they started reporting ASMR videos simply because they wanted them taken down – not because they were against YouTube’s rules – and the algorithm did the rest for them.

Are ASMR videos alone being demonetized?

No, not at all. The demonetization issue has happened across all YouTube genres and categories. Several content creators – related to ASMR or not – have lost most of their YouTube-related income because of this problem.

This is terrible news for everybody, the ASMR community included. And even though this is bad, there’s a silver lining: ASMR is not being purposefully targeted by YouTube. Instead, it has fallen amidst several others in a general wave of attacks against content creators – some of them guilty of the reason behind their demonetization, most of them not.

Yes, it can. YouTube has already implicitly explained monetization isn’t a right but a privilege – one that can be taken away at any moment. There are several rules and guidelines for content creators. You can still fall prey to demonetization, whether you follow them all or not.

Even if YouTube can demonetize videos left and right, do not let this discourage you from creating ASMR-related content! There’s a high chance your videos won’t be demonetized. And if they are, you can still use YouTube to your advantage.

Is there anything you can do to avoid demonetization?

There are several things you can do to improve your chances of staying monetized. Avoid seemingly adult content, even if it’s fringe at best (e.g., relationship roleplay videos). Look around for flagged tags (bear in mind they change frequently). Make sure your content is nowhere near violating YouTube’s rules.

All in all, you have to keep a low profile when it comes to content. You’ll have to stay away from any controversial subject matter (even if it’s controversial for YouTube alone). Political or religious statements are a big no-no as well.

You will probably have to keep it lighthearted and fun. Imagine what you’d do if you had to make AMSR videos for a PG-13 audience. Even then, it would provide no guarantee for you to stay monetized, but it’ll increase your chances.

What can I do if my ASMR videos get demonetized?

There are two things you can do when it comes to demonetization. The first thing you should do is try to appeal YouTube’s decision. Once you are done with that and waiting for a response, you should try to see why YouTube thought your video should be demonetized.

First thing first, you appeal. It’ll take several days or weeks until YouTube responds – and even then, some people never get an answer. After that, you should focus your energy on changing whatever made your video go demonetized, whether it was tags used, title names, content, etc. You might think it happened for no reason at all, but more often than not, YouTube will tell you why – if it seems unjust, you’ll still have to change to avoid any further issues.

Do not quit! YouTube might not be the best platform to make money right now, but you can still use it to your advantage.

What is the future of YouTube ASMR videos money-wise?

Nobody knows for sure. YouTube is less aggressive towards ASMRtists now, but that attitude could change overnight. Chances are things will get stricter, and not go back to the golden age like it used to be in 2013-2016.

If you feel like you missed the train towards an ASMR-built career, do not panic! There are several things you can do to make money off ASMR today.

Can you still make money off ASMR videos?

Yes, of course, you can! You’ll have to put your creativity to use when it comes to making money, just as you would do when you make ASMR videos. The key is to stop thinking YouTube is where you make your money, but rather, where you get your audience.

Instead of trying to make money off YouTube, upload regularly to create an audience. Once you gathered enough people, offer other ASMR-related services, like custom made videos. You can also ask people to support you through Patreon or via PayPal donations. You should consider uploading smaller videos to YouTube and using other platforms for your “real” videos – Twitch is a huge platform for this, albeit relatively strict when it comes to uploading (or rather, streaming) content.

Remember it’s rather likely that you’ll still make money off YouTube, but you should diversify your income stream regardless. That way, you won’t suffer as much from a demonetization hit.