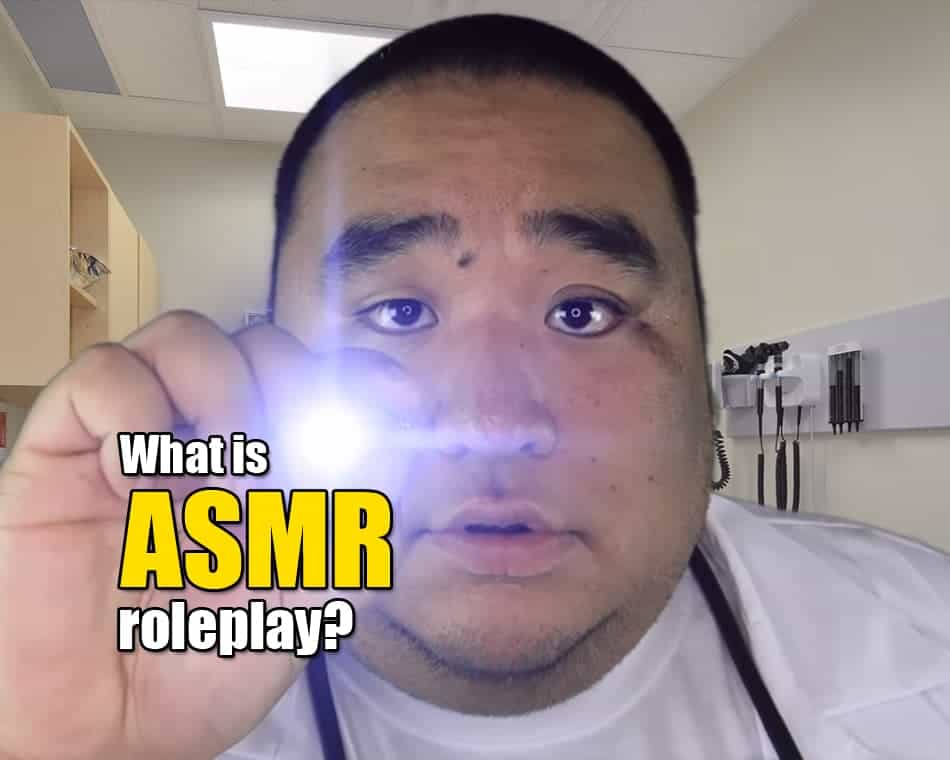 ASMR roleplay is a subgenre or subcategory within ASMR videos where the ASMRtist will pretend to be something or someone in order to give you plenty of tingles. There are several videos and they cover plenty of different scenarios, like a make-up session or a romantic relationship.

An ASMR roleplay will usually take place in a quiet and intimate context. The most used scenario for ASMR roleplays would be a cranial nerve exam in a doctor’s office; the ASMRtist would be dressed up as a doctor – with a white coat and gloves – and proceed to do a pretend medical check up on you through the camera.

What triggers does an ASMR roleplay video have?

Following a previous example, in a cranial nerve exam ASMR roleplay, you can find there are dozens of triggers happening in one video. You have a soft-spoken or whispering voice, hand movements, personal attention, keyboard tapping sounds, and more! That’s only in one video – there are thousands of roleplay videos with different ASMR roleplay ideas.

What are some good ASMR roleplay ideas?

There are several types of ASMR roleplay videos. There are thousands of them online on YouTube right now, ready to be watched. The best and most-used ideas are make-up roleplay, haircut roleplay, medical roleplays, and romantic roleplays.