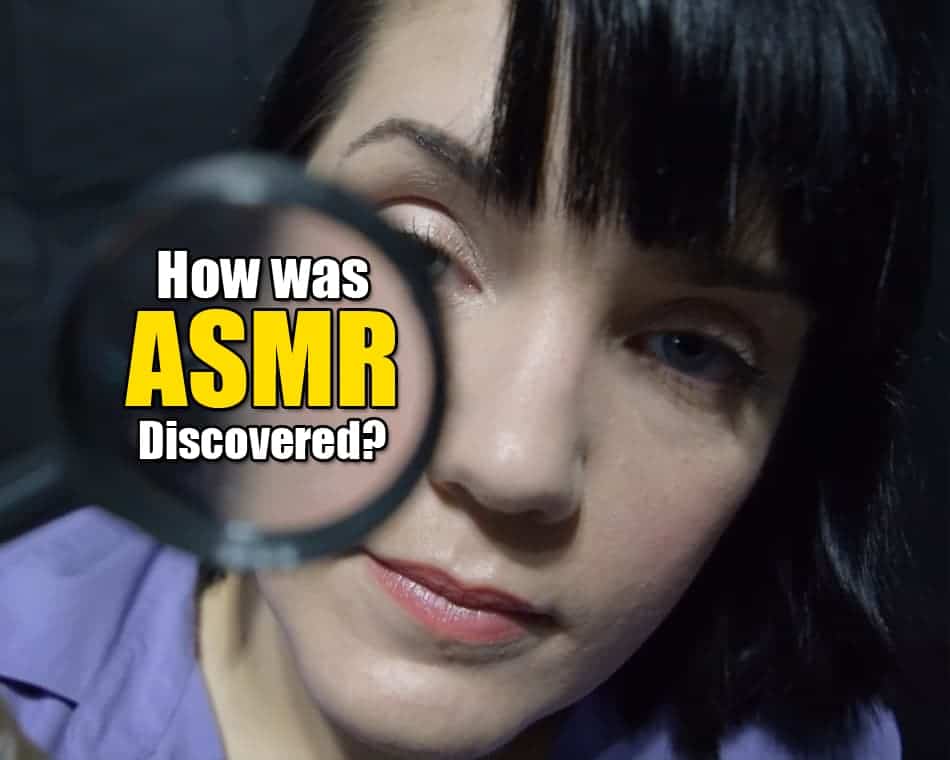 There’s no exact date as to when ASMR was discovered – but the term itself was coined in 2010 by a woman named Jennifer Allen. Before that, ASMR-related experiences were first mentioned online in 2007, and on a book in 1925.

In 2007, someone created a thread in a health forum called steadyhealth.com. He did it to talk about a “weird sensation that feels good” – which is what probably everyone thinks ASMR is, before getting to know its name and the community built around it. There’s a high chance other people were talking about ASMR before that – but those pieces of internet history are long gone or undiscovered.

As we already mentioned, there’s no precise date as to when ASMR was discovered. But if a timeline needs to be asserted, 2007 would be a good starting point. An alternative would be when the name “ASMR” first came to be.

When was ASMR coined?

The term ASMR is a little over a decade old. It was first coined in 2010 after several people tried to find an adequate name for this awesome sensation – but nobody could. A woman named Jennifer Allen came up with the name herself and it eventually caught on.

What was Asmr originally called?

There were several attempts to name this physiological response we all know and love. None could successfully do it before Allen. Right before Allen coined the term ASMR, someone came up with “Attention Induced Observant Euphoria” or AIOE; two years before, someone called it “Attention Induced Head Orgasm” or AIHO; in between both attempts, people decided it was better to call it “The Unnamed Feeling.”

Regardless of its name, ASMR has been for a long time – probably as long as humans have been around.

How old is ASMR?

The term ASMR is currently somewhere between 13 and 14 years old. ASMR as a physiological response is old as time! Or at least, ASMR is old as us humans are.

ASMR is probably as old as mammals! We will probably find out how old ASMR is sometime soon, as more scientific studies keep revealing the truth about ASMR. For now, we can hypothesize experiencing ASMR is a result of bonding – something all mammals feel: ASMR is usually connected with activities related to grooming or other intimate interactions.

There was plenty of ASMR before YouTube – but it wasn’t uploaded online. You could find it in a silent doctor’s office. Or at your barbershop. Probably when you were studying with a group of people and someone slowly turned the page!

ASMR owes a lot to YouTube. Thanks to streaming platforms, ASMR is now popular worldwide. It’s gotten so big, science has decided to look into it. But that doesn’t mean ASMR is reserved for the internet alone! If you love ASMR, you probably experienced it before you even knew what ASMR was.

What’s the current state of ASMR?

It’s bigger than ever. The ASMR community grew exponentially ever since the name ASMR was coined in 2010. There are millions of ASMR videos on YouTube right now, and people can make a living working as an ASMRtist. Science keeps discovering the many benefits of ASMR as well.