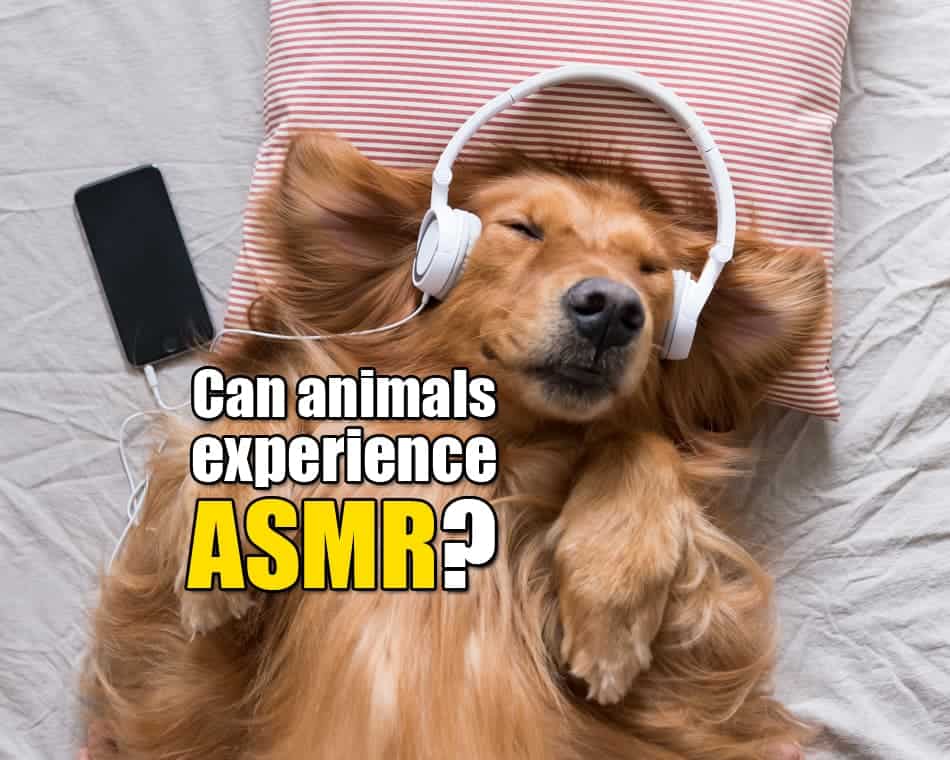 Nobody knows where ASMR comes from or how it was first developed among humans; there’s a theory that explains it rather eloquently: primates and apes experience something to ASMR when they groom each other – that’d mean ASMR is a result of bonding.

If this is true, we experience ASMR when our brain feels someone else is grooming or taking care of us – and that’s why intimate ASMR gets the most tingles out of everyone.

Following that train of thought, animals – or at least, mammals – probably experience ASMR too, but it’s impossible to know if they feel tingles or if it’s simply a feel-good response. Then again, we don’t know if animals respond to the same number of triggers as we do. It’s rather difficult to know if visual triggers work or if auditory triggers are doing anything at all.

One thing is for sure, though, animals love tactile triggers.

Dogs might experience ASMR, but there’s no way to be sure. They do love being petted and listening to how much of a good boy they are – that sounds rather similar to tactile and auditory triggers!

There are dog owners who reported ASMR helped their pet calm down and reduce their anxiety symptoms – something similar to humans’ experience with ASMR.

Others have recorded their dogs when they were giving them what we’d call tactile triggers, and the response is both positive and cute! Maybe dogs can experience ASMR after all.

Cats probably experience ASMR – or at least, something similar to it. If you have ever petted a cat – what someone might call a tactile trigger -, the cat probably purred as a response. That might be an external response to feeling tingles!

We all know a cat purring can make you experience ASMR – but can you make your cat experience ASMR as well? There is no way to know, for now. In the meantime, you can pretend that whenever your cat is purring is because of tingles and ASMR!

There’s an ASMRtist who took it upon himself to test whether cats experience ASMR – here are 14 triggers and a cat. There’s no way to know whether the cat felt tingles or not – but you might!

There’s no way to know if non-mammals can experience ASMR or not. ASMR and bonding are probably related. It would depend entirely on whether other members of the animal kingdom can bond with each other like mammals do.

It was recently discovered that fish can bond with humans and other animals, something that was once thought impossible. There might be a chance animals living under the vast blue ocean can experience tingles as much as we do. Perhaps it is all unrelated to ASMR and this tingly phenomenon is exclusive to mammals – even exclusive to humans.

On the other hand, reptiles show no signs of bonding with humans or their own species, and there’d be little to no room for ASMR there. There is little to no scientific research about ASMR and animals, though. There might be a surprise awaiting us – maybe reptiles can experience ASMR as well!